Last week, I went to Target to pick up a couple supplies to make Mother’s Day and Father’s Day brag books.  For Mother’s Day, I made small memory books out of the 8×8 albums they had in the dollar bin.  Unfortunately, the only color album they had was pink and pink just won’t do for Father’s Day gifts!  So, as I was browsing the dollar bins, the idea of using notecards for mini albums popped into my head.  I bought two packs of notecards, each had 8 in a pack.  This is how I put together a small Father’s Day brag book.  This little book is perfect for the tons of wallet size prints you have leftover from all of those school and Christmas packages you purchase throughout the year.

1. I took 6 of the cards and put them together.  If you use a set of notecards that has different patterns on them, put them in the order you want the design to appear.  The cards I chose are all the same pattern.

2. I lined the blank notecards with leftover scrapbook paper.

3. I punched holes in the same place on each end of the notecards. 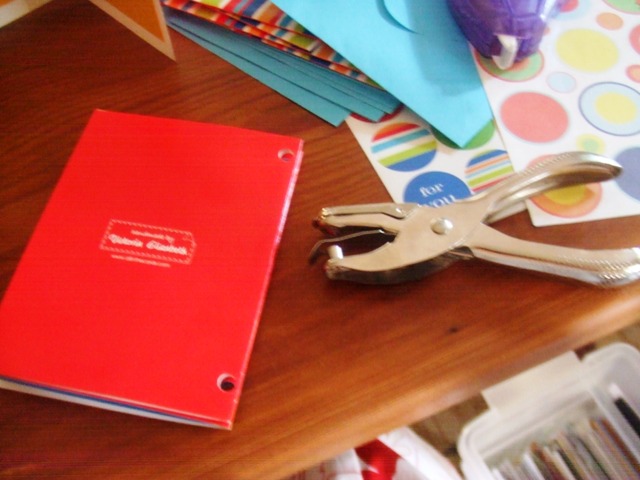 4. I cut the ribbon that came with the notecards in half and laced it through the holes on each end and tied a knot.

5. I took one of the seals that came with the notecards (for you) and put it on the center and then used other stickers I had to spell out “Me N’ Pop” (Pop is Vivian’s grandfather). 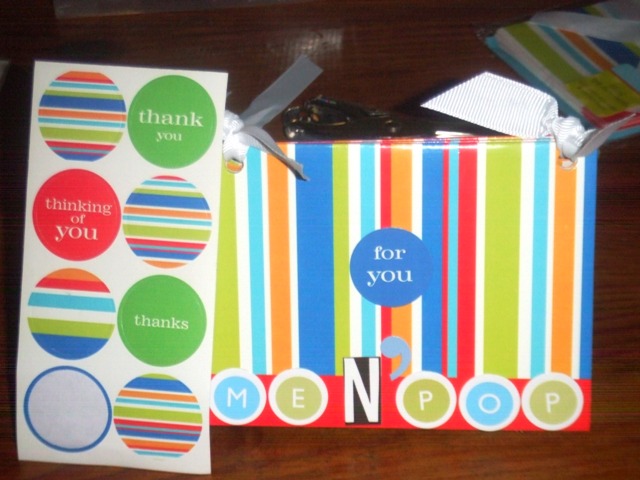 6. I cut out pictures of Vivian and Pop, along with misc. other pictures, and glued them on the inside of the book.  I also let Vivian write a note to Pop and draw flowers.  After all, it is her present to Pop.

7. I also bought a pack of 6 gift card holders from the dollar bin.  I used two in the Mother’s Day albums (that I neglected to take pictures of…sorry 😦 ) and I am using the two with ties in the Father’s Day albums.    It says “Pop’s Special Things” and Vivian fills it with things that she thinks Pop will like.  Another idea is to put any extra wallet size prints you have in it. 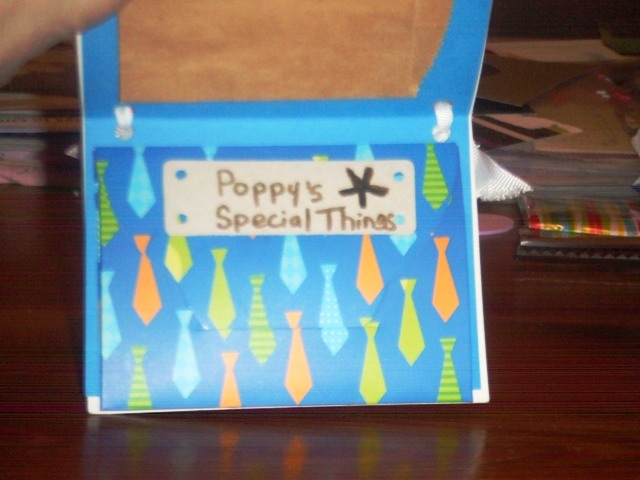 8. On the back, I made a little tag and stamped it with a stamp I had made for Vivian when she was about two years old.  It says: Made especially for you by: Vivian Warren.  I made the tag, then I put it through my xyron sticker maker and stuck it on the back.  Or you can just glue it to the back. 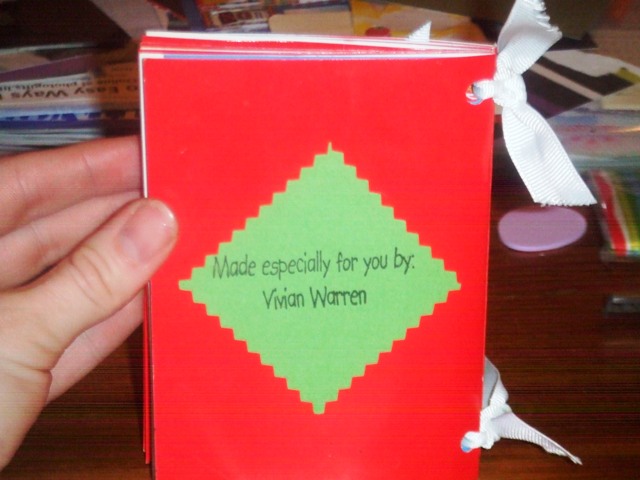 The thing I like most about it is that it stands up.  Easy to display!

I thought I would share this with you in case you would like to make a quick but cute gift for the father or grandfather in your life!